Turmoil at Terminal One at JFK Airport 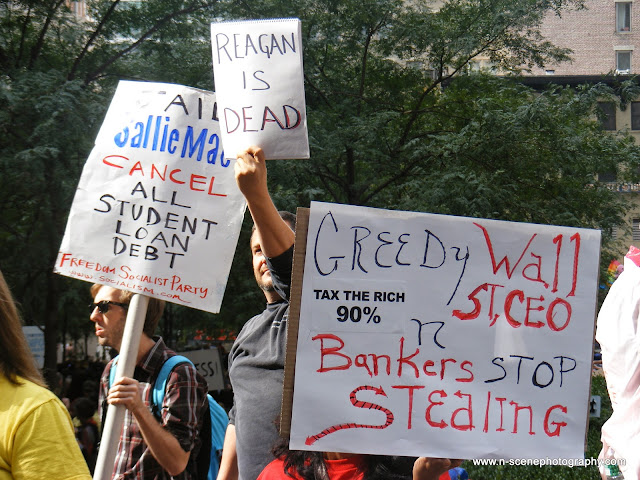 We've heard it all before at some company. Employees are treated unfairly. Things such as wages being cut, time being changed at the last minute. Well, guess what things just never seem to change. Now it seems to be the case with a local security guard agency called Allied Universal FJC and a Local Union 32BJ. The issues here are: Employees are getting paid their checks for holiday pay and are being held back on hours when they work a full 35 hour plus work week. Normal overworking of the employees. There are often times there is the undermanned post when guards have to run the gamut of patrolling and moving cars to keep the area clear of traffic. Some of the Security guards have even been spit on and even been chased with baseball bats. There is also the matter of an employee being employed for over 20 years and has only a few cents difference in salary from those that have been on the job for 2 years.


As we all know JFK and all airports have to be kept free of traffic since 911 happened and I see the need for it, However, the people that seem to have the jobs to do at JFK seem to have reached an all time boiling point. When you have one security guard working traffic from end to end what college of insanity did you graduate from to think that you are never going to have a traffic pile up. This seems to be happening at only one terminal because from my observation at one specific terminal there happens to be four security guards per post and the traffic rate happens to be a lot better.

What some of you don't know is that last week Thursday, July 13, 2017, an eminent strike was averted at the last moment for whatever reason we don't know. Has there been some sort of solution that has taken place between Local Union 32BJ and Allied Universal FJC?.

Is there a solution to this problem at hand.
Posted by Unknown at 12:22 PM No comments:

The Winter that almost never happened

Well it came again, Once more this inclement winter weather blanketed the east coast this year in one day 26.8"


After-all it s north, what were we expecting sunny weather and 65+ degree weather. I hope that is the last of it. Good by cold and snow. Till next year.
Posted by Unknown at 5:48 PM No comments:

nscenephotos
Fiverr
Seller
Photography is my passion! I have a love for the art that began at the age of 14 years old with my Dad’s Exakta RTL 1000 camera. I’m versatile and enjoy all aspects of photography. I Specialize in Product and Event Photography. I also do Green Screen Photography as well.